In 1941, the stadium was deeded to the University and renamed Carolina Stadium.

Williams-Brice Stadium is currently the 20th largest college football stadium in the NCAA and 8th largest stadium among the 14 member Southeastern Conference.

Plans for future expansion include adding an upper deck in the north end zone, which would increase capacity to approximately 88,000 seats and would require the video scoreboard to be relocated and the building behind the north end zone containing the football offices to be demolished. 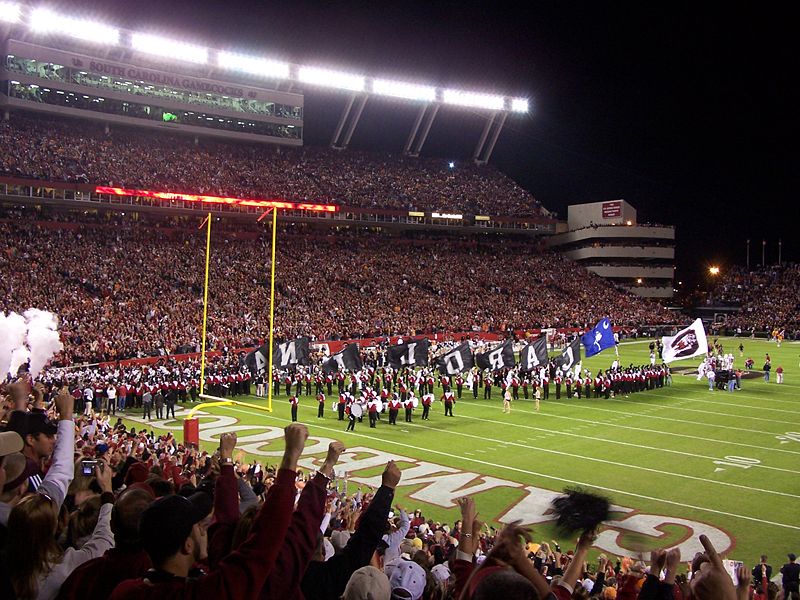 Williams-Brice Stadium features a new 36 foot high by 124 foot wide high definition video board, the 3rd largest in the SEC.

Also unveiled is a new 50 acre tailgating area around the stadium, which will be landscaped with over 650 trees and feature a 100 foot wide pathway that the team, band, and cheerleaders walk through as they enter the stadium. The pre-game event is called the Garnet Way.

Members of the SEC